We collect information using cookies. They help us optimize the site to provide the best experience, show the most important functions. Other cookies, including those placed by third parties, are not necessary, although without them our site may not work as well and the content may not be tailored to your interests. By clicking "Accept" you agree to our use of cookies. You can visit our cookie policy page to learn more about them.
Accept
MENU

How Are Solar Yachts Powered? 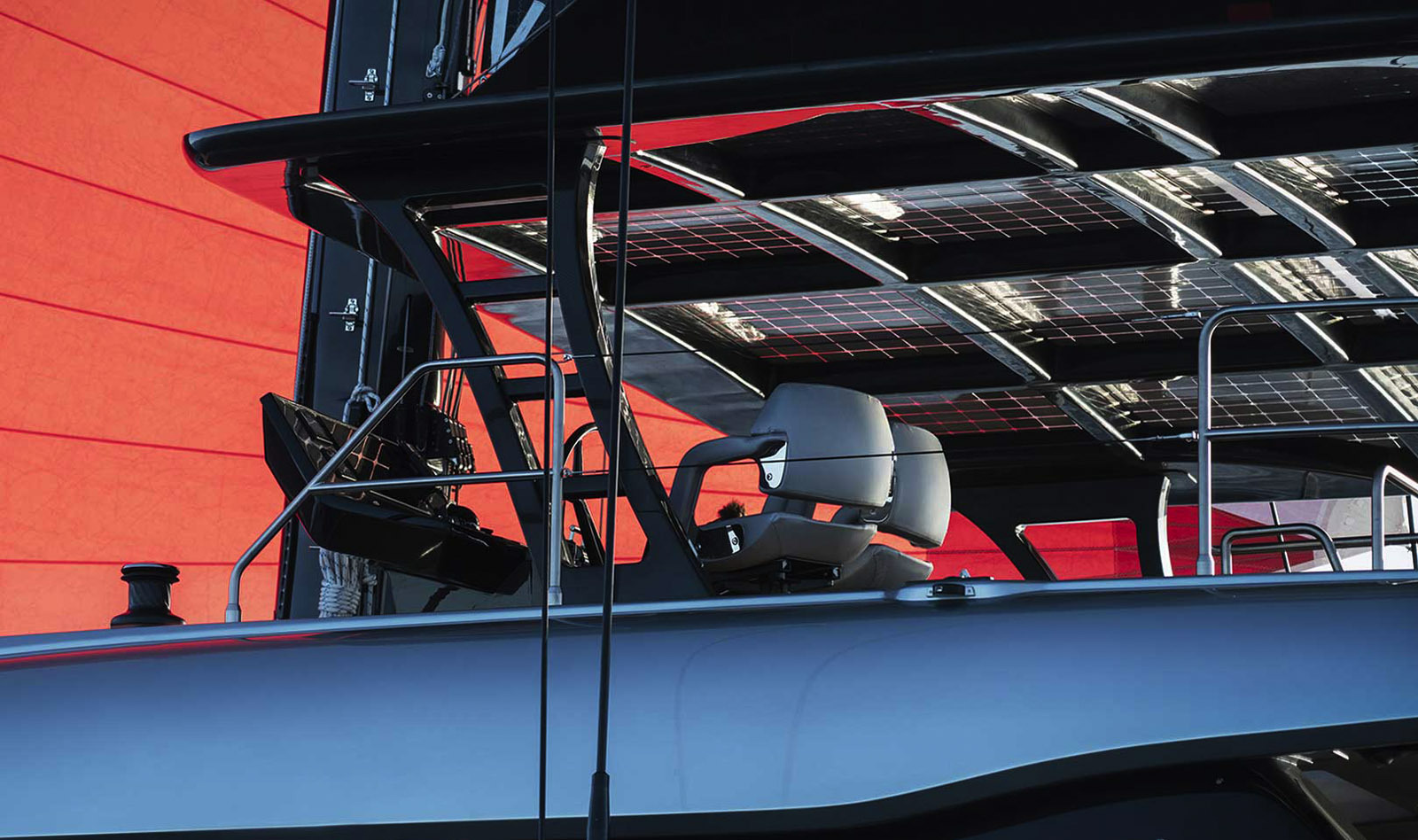 Share:
Solar panels are a fundamental element of today’s quest for responsible energy generation. Used in households, commercial facilities and power stations across the globe, they are also a vital source of energy for solar yachts. With significant progress made over the last years, the photovoltaic technology emerges as the natural energy source with the most exciting growth potential.
Solar panels are made of photovoltaic cells, which convert sunlight into electrical power. The cells have a positive layer and negative layer, creating an electric field. They are usually made of single-crystal silicon. It is a semiconductor able to produce energy when heated, via the “photovoltaic effect” (the process of converting photons to voltage). Multiple solar panels wired together form a solar array. The more panels there are, the more power can be generated.
Thanks to photovoltaic cells, solar panels absorb sun radiation to generate direct current (DC). When sunlight reaches a solar cell, it causes silicon electrons to move. This motion will start the flow of electricity that is captured by wires and directed to an inverter. Inverter technology is then used to convert it to alternating current (AC) ready to power household appliances.

A PERFECT SYSTEM FOR SOLAR YACHTS

The solar power systems on solar yachts usually consist of solar panels, batteries, charge controllers and inverters. While batteries store the energy obtained from the solar panels, charge controllers prevent batteries from overcharging. Yachts with house appliances on board will usually need to convert the DC energy into AC with the help of an inverter.
Sunreef Yachts produces solar panels in-house and uses a new (patent-pending) technology to integrate them within structural components. The panels are made of the industry’s most efficient cells with a peak performance of 24%. Thanks to the solar cells’ outstanding flexibility, Sunreef Yachts’ panels can be mounted on any surface of the yacht. As a result, they are integrated with various areas on board, such as hull sides, mast, superstructure, bimini roof or bow terrace to maximize energy generation. With a thickness below 1mm and weighing around 1,8 kg per square meter (average solar panels will weigh between 8 and 15 kg per square meter), they are one of the lightest solar power systems in the world. In addition, tests have proven that thanks to their advanced integration technique, Sunreef Yachts solar panels have a very high resistance to shock and abrasion. This allows them to be used on any surface, including hull sides.

Sunreef Yachts’ unique integration method not only allows to optimize panel surface and customize the solar yacht power system but simply provides for incredible performance. As an example, an 80 Sunreef Power can be fitted with close to 200m² of panels (around 360kg) delivering 40 kW peak per hour. This solar energy set-up can produce the energy of two generators (weighing approximately 800kg all together).
An optimized solar panel system by Sunreef Yachts can outperform a generator twice, not only by performance but also weight. With maximized solar panel surface, the 80 Sunreef Power can also rely solely on renewable energy at reduced cruising speed. Sunreef Yachts is developing advanced solar yacht solutions for the entire range to achieve the best solar power efficiency on the market.
PREVIOUS ARTICLE
BACK TO ALL NEWS
NEXT ARTICLE 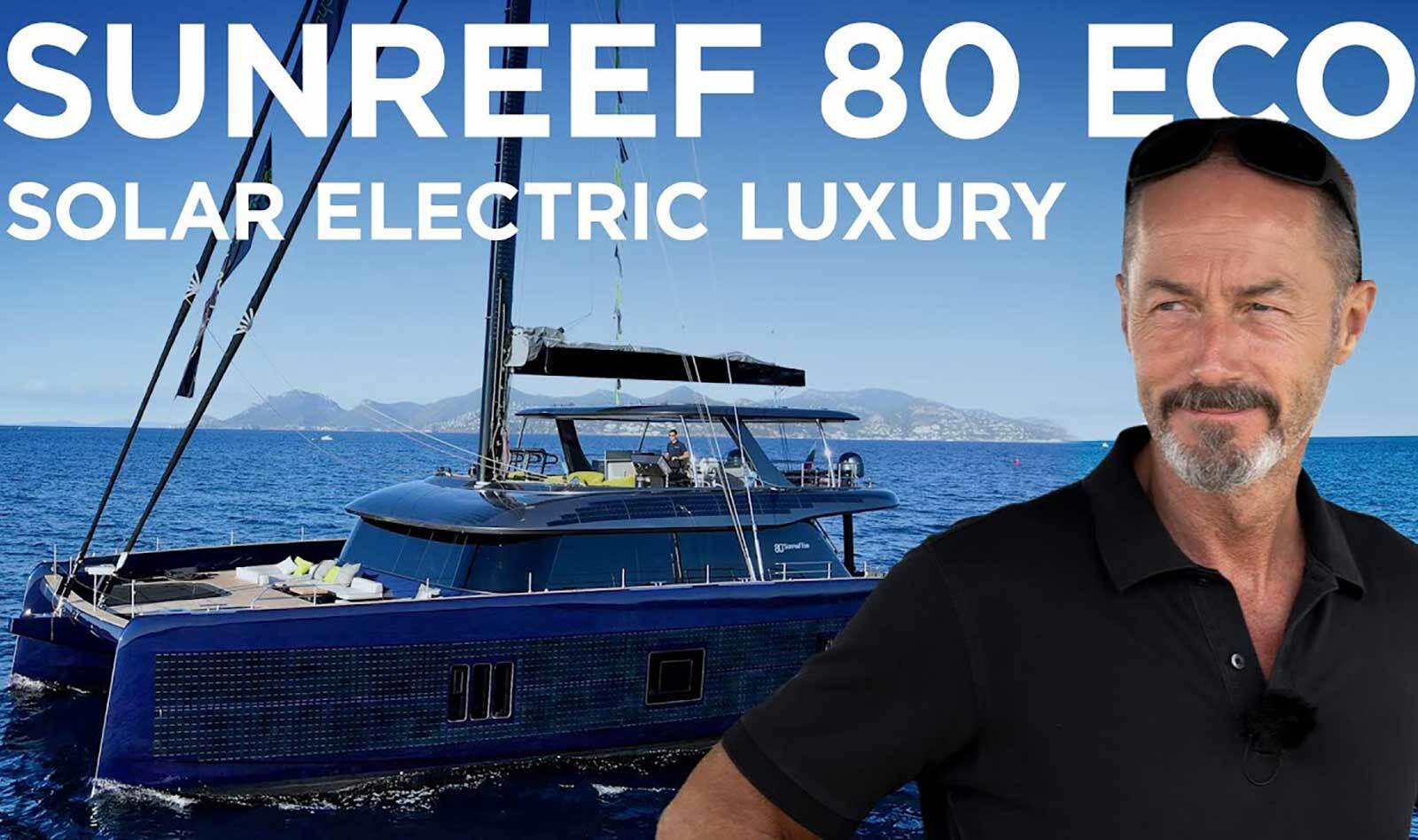 How does Sunreef bring Sustainability & Luxury together?

Justin Ratcliffe stepped aboard Marie-Joseph, the first Sunreef 80 Eco, to speak with founder Francis Lapp and his son Nicolas Lapp about how they hold sustainability… 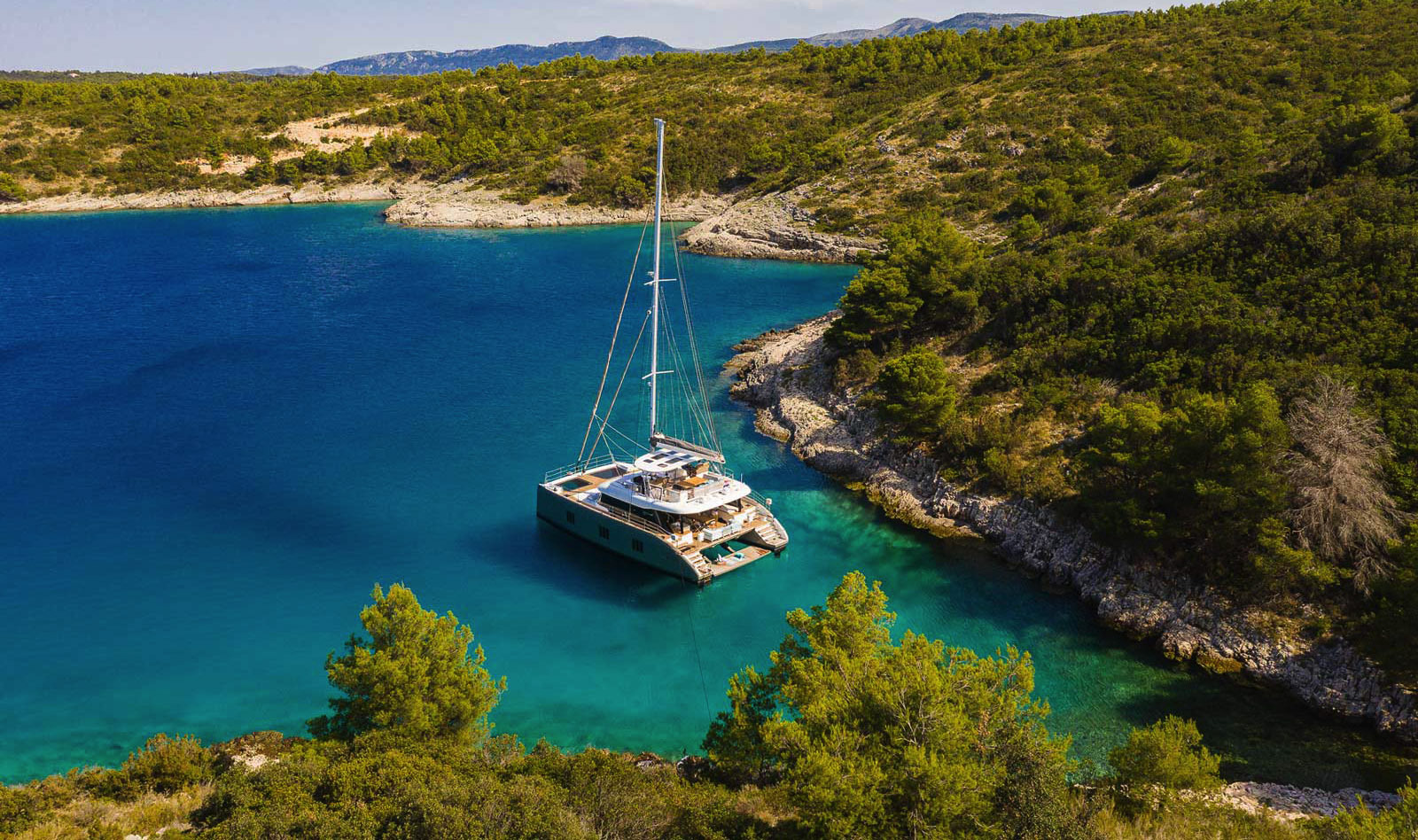 What Ways Can You Reduce Yacht Water Waste Onboard?

With water being one of our most precious resources, eco yacht owners can take a few simple steps to make a big impact towards water conservation. From yacht watermakers… 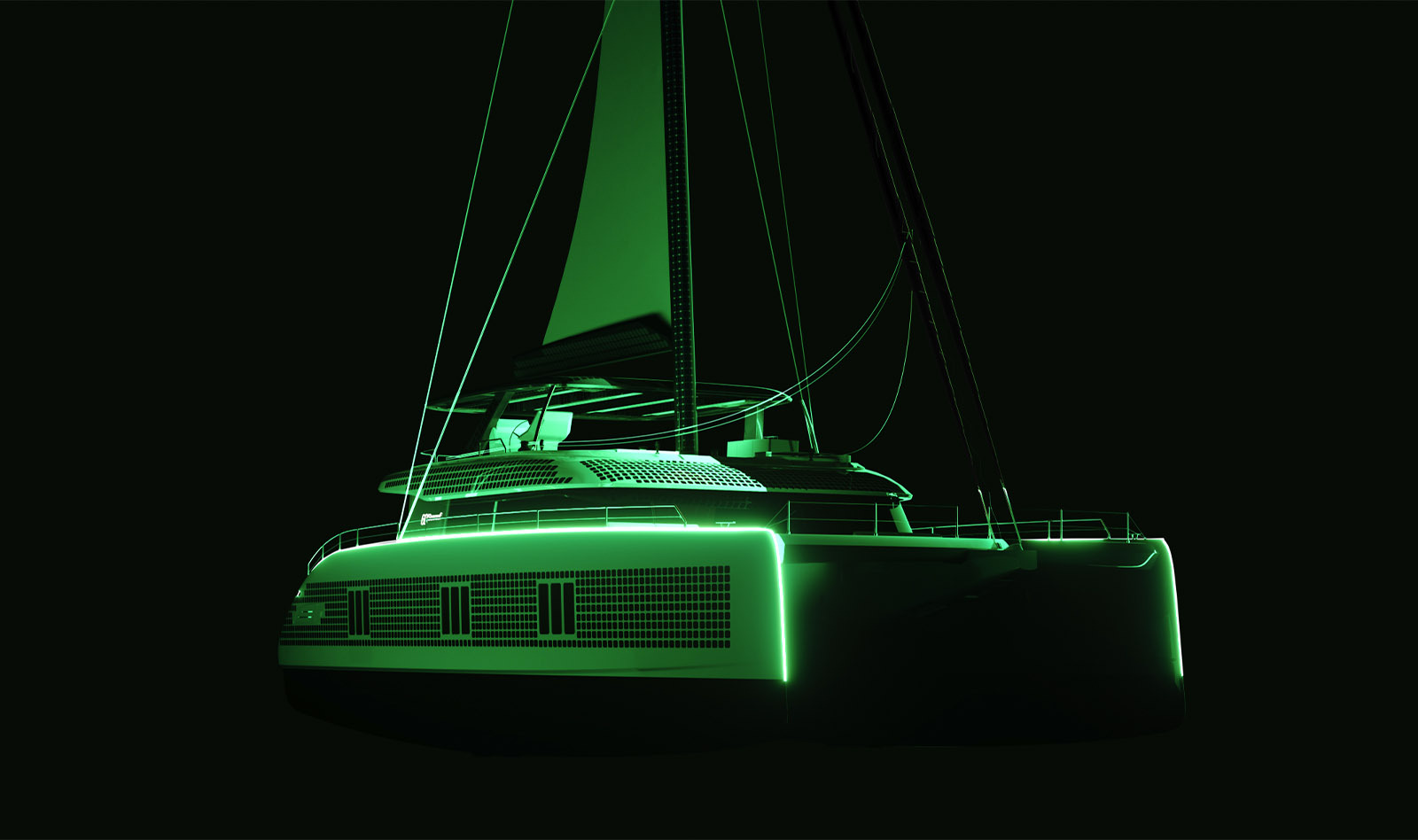 The Green Side of Luxury Yachting: Sunreef Yachts Eco

The sustainable design movement is gaining momentum and Sunreef Yachts is embracing a greener way to cruise in luxury. From our inception, we have firmly believed…

How Do Hybrid Yachts Work? 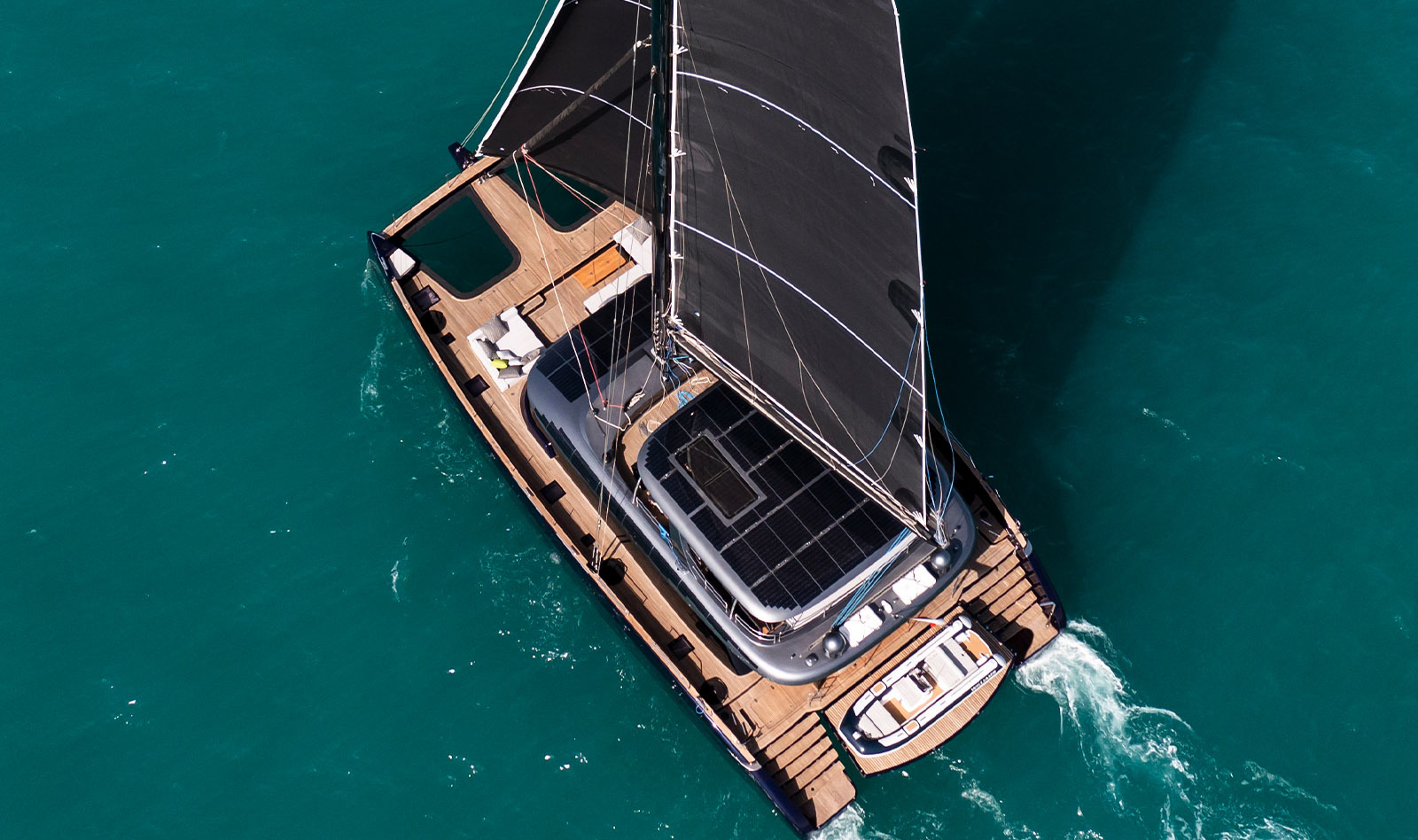 Are Electric Yachts The Future Of Green Boating?

As yacht owners and builders become increasingly aware of environmental issues, electric yachts have come to be one of the nautical industry’s most dynamic trends… 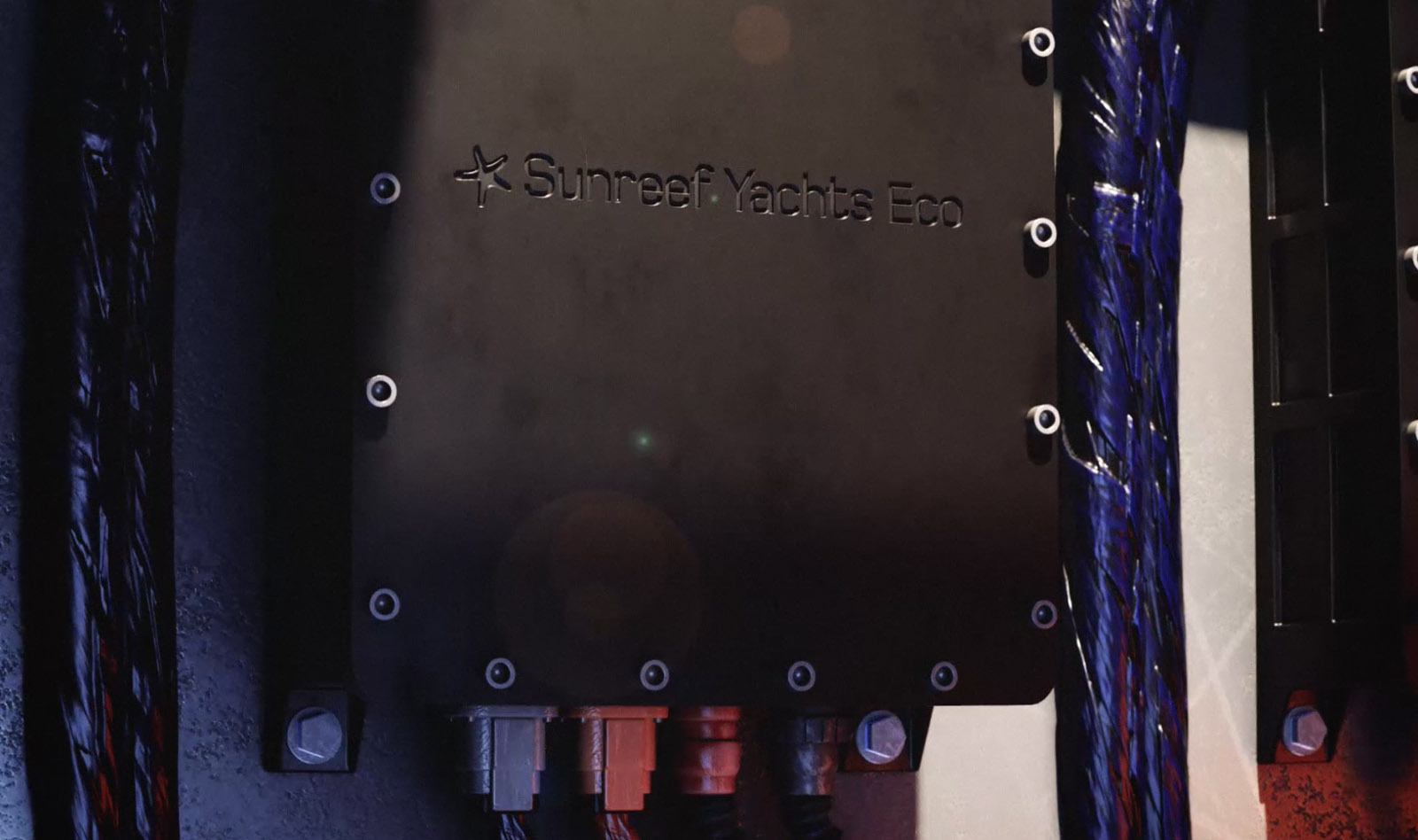 What Is The Role Of Electric Boat Batteries In Sustainable Yachting?

The growing importance of e-mobility in the world has brought some notable developments in energy storage technology. In fact, the capacity and performance of batteries… 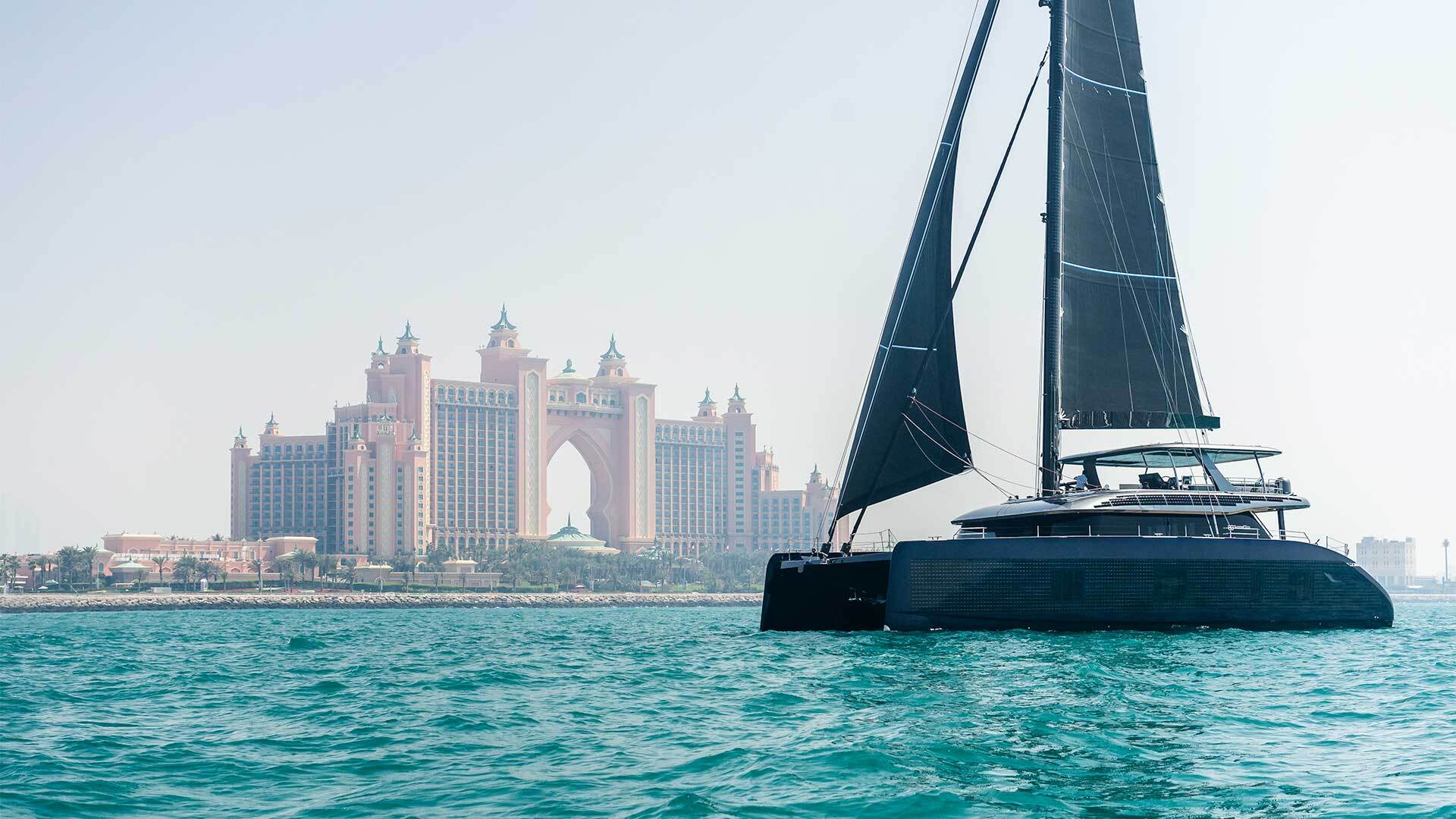 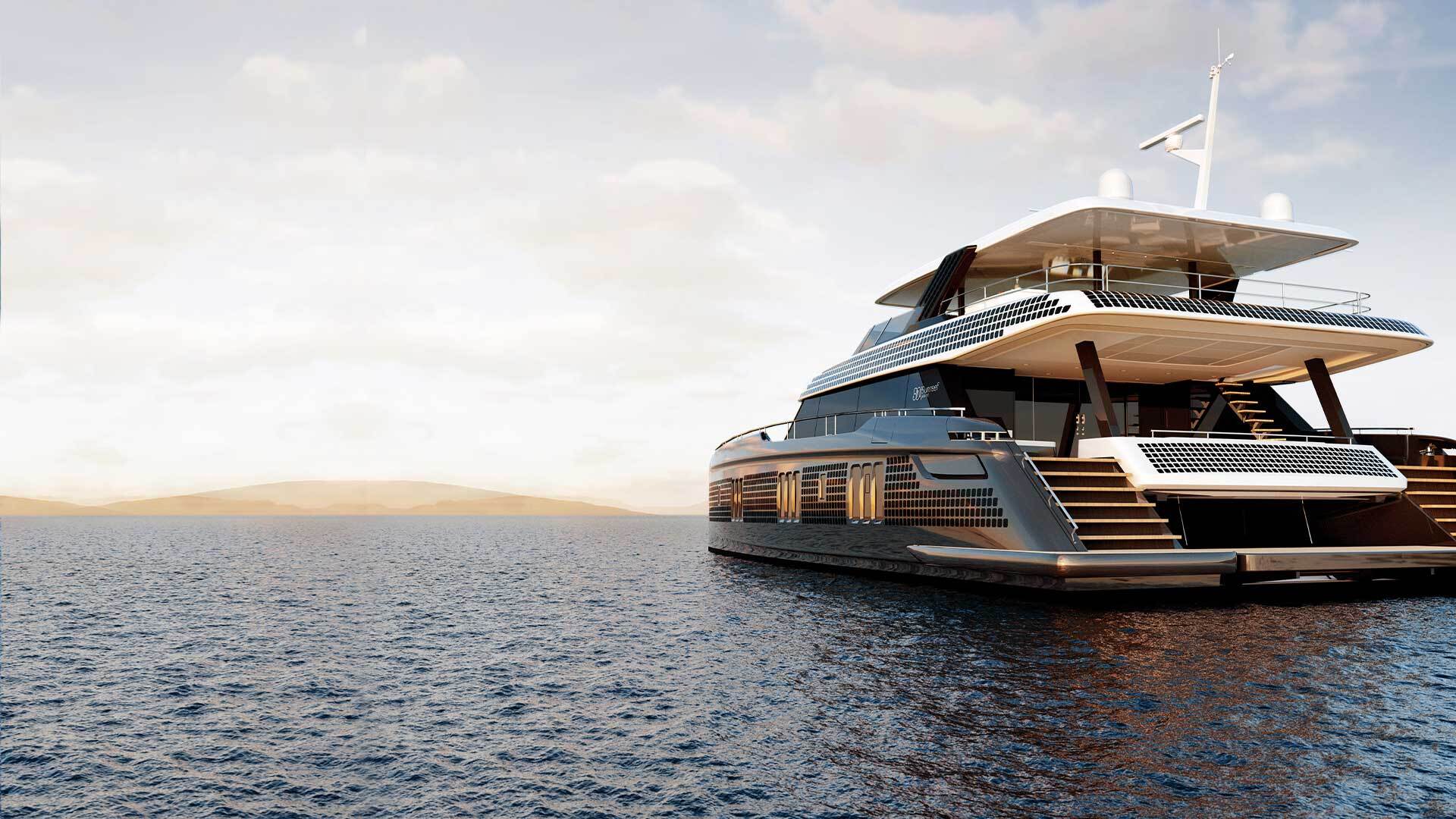